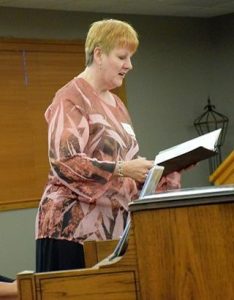 The SW MN Arts Council is seeking nominations of artists and arts advocates from the southwest Minnesota region for its 2016 Prairie Star and Prairie Disciple awards.

Since the accomplishments of these individuals are often not widely known or appreciated, SMAC hopes to raise the profile of the arts in our communities and throughout our region by recognizing them publicly.

The Prairie Star Award recognizes an artist whose body of work has made a significant contribution to the arts over an extended period of time and who has best exemplified the highest quality of work in the SMAC region. The work involved may have taken place within the past few years or be an accumulation of life-work.

The Prairie Disciple Award recognizes an individual whose activities and involvement have substantially contributed to the arts in southwest Minnesota. In 2016, SMAC is accepting nominations of teachers/educators only. Again, the activities involved may have taken place within the past few years or be a lifetime of contribution.

Visit our website for complete lists of past award recipients.

Nomination instructions and forms are available here.   The nomination deadline for both awards is Friday, April 15, 2016.