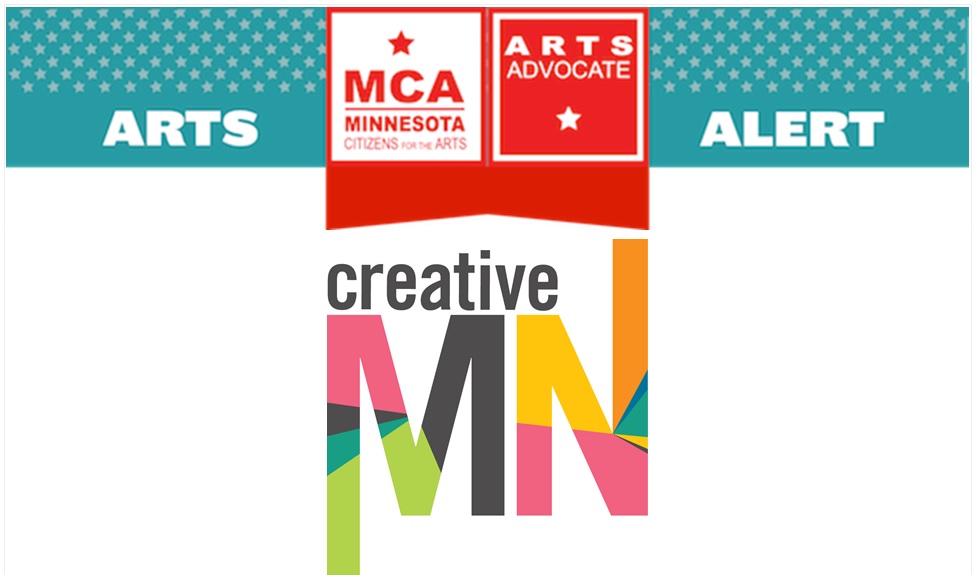 Creative Minnesota and Minnesota Citizens for the Arts released a new study on Arts Advocacy Day this year indicating that Minnesotans strongly believe the arts and culture are important to their quality of life, and that Minnesotans attend and participate in the arts at a rate exceeding the national average.

“Nonprofit arts and culture organizations contribute to the vibrancy of Minnesota’s economy and quality of life and make our state a magnet for jobs and businesses. Now we can quantify that,” said Sheila Smith, Executive Director of Minnesota Citizens for the Arts. “In addition to providing life changing experiences, educational opportunities and accessibility to audiences of all ages in their stages and museums, arts and culture organizations are important employers and economic engines.

“If the (nonprofit arts and culture) sector were regarded as a single employer, it would be larger than Mayo Clinic, 22 percent larger than the state of Minnesota, and 77 percent larger than Target Corporation,” said Arleta Little, Program Officer and Director of Artist Fellowships at the McKnight Foundation. “Artists make many generous contributions to our communities and they deserve to be valued and compensated for their time and expertise like any other professionals.”

As the most comprehensive report ever done of the state’s creative sector Creative Minnesota fills in the gaps of available information about Minnesota’s cultural field and seeks to improve our understanding of its importance to our quality of life and economy. Creative Minnesota 2017 quantifies the impact and needs of Minnesota’s artists and creative workers, updates previous studies on the economic impact of nonprofit arts and culture organizations, and reviews other research about the arts sector in the state.

The report includes both new, original research and analysis of data created by others. All of Creative Minnesota research is available for free at creativemn.org.

IMPACT AND DEMOGRAPHICS OF ARTISTS AND CREATIVE WORKERS:

ARTISTS AND CREATIVE WORKERS IN MINNESOTA BY REGION:

IMPACT AND NUMBER OF NONPROFIT ARTS AND CULTURE ORGANIZATIONS:

NONPROFIT ARTS AND CULTURE ORGANIZATIONS IN MINNESOTA BY DISCIPLINE:

*OTHER includes science and children’s museums, zoos,
and arts and culture programs housed in non-arts nonprofits and local governments.

ECONOMIC IMPACT OF NONPROFIT ARTS AND CULTURE ORGANZATIONS BY REGION

PUBLIC OPINION POLLING:
Minnesotans strongly believe the arts and culture are important to their quality of life, and Minnesotans attend and participate in the arts more than other Americans.

STRONGEST NEEDS FOR ALL MINNESOTA ARTISTS:
From the Minnesota State Arts Board “Artists Thrive” Survey

ANALYSIS OF OTHER DATA SETS WITH MANY PARTNERS:

The Legacy Amendment
The Legacy Amendment was passed by a statewide vote of the people of Minnesota in 2008 to dedicate a portion of the state’s sales tax to create four new funds for 1. land conservation, 2. water conservation, 3. parks and trails, and 4. arts and culture. The legislature appropriates the dollars from the Legacy Arts and Culture Fund to the Minnesota State Arts Board, Regional Arts Councils, Minnesota Historical Society and other entities to provide access to the arts and culture for all Minnesotans.