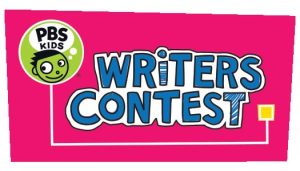 Pioneer Public TV is teaming up with public television stations around the country to once again offer the PBS Kids Writing Contest to promote the advancement of creativity and literacy skills in the Pioneer Public Television region.

The contest is designed for students from kindergarten through third grade.  Contest rules are available by visiting www.pioneer.org or by calling the station toll free at 1-800-726-3178.   In addition to the writing, contestants are required to submit at least 5 illustrations to go along with their entry.  Prose, Poetry, Fact or Fiction and invented spellings — all are accepted in this contest.

The deadline for submitting contest entries is March 31, 2015.  The winner will be selected by a panel of poets, teachers and writers from the Pioneer Public Television region.  The winning entry will have a video of the story posted to Pioneer Public TV’s web site.  Allie Weber of Sioux Falls, South Dakota was the winner of last year’s contest and his story “Shrunken” can be viewed online at www.pioneer.org/writerscontest.

The winning entry from Pioneer Public Television will in turn be entered into a national contest where a panel of judges will select the top 12 winners.  National winners will be announced during the summer of 2015 and the winning stories will be featured. Several prizes are being offered to the winners in the national contest including tablet computers, e-readers and gift cards.