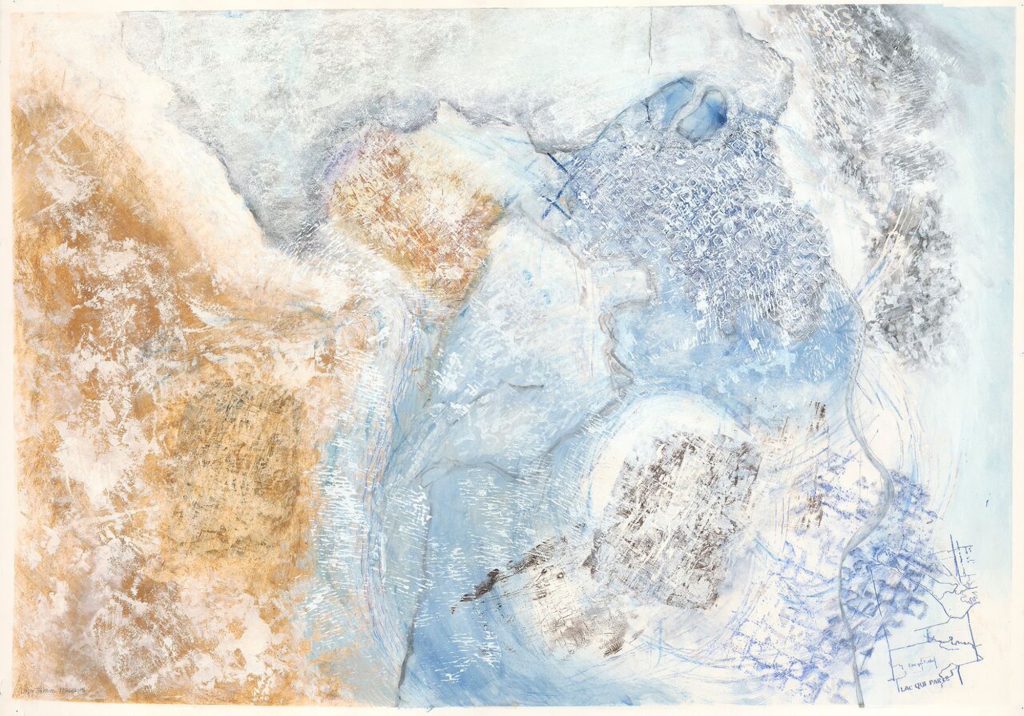 *Artist Reception: Join us on Thursday, November 9, 2017 from 5-7 pm, meet Lucy and view her art — then stick around to listen to the string music from John & David Rabaey.

The drawings of Lucy Tokheim will be shown at the SMAC Gallery from November 9 through December 21. The public is invited to attend the exhibit reception on Thursday, November 9 from 5 to 7 PM. Special music will be provided by John & David Rabaey during the reception from 5:30 - 6:30pm.

Lucy works as an artist/designer with her husband Gene Tokheim at Tokheim Stoneware studio pottery. Lucy studied art at Southwest State University, textile studies in Rauland, Norway and has taken painting and drawing workshops in Grand Marais, Santa Fe, and Minneapolis College of Art and Design.

Gene's wheel-thrown pottery with Lucy's applied design resonates strongly with the Scandinavian immigrant communities of western Minnesota and throughout the upper Midwest. In 2002 they received the Prairie Star Award given by the Southwest Minnesota Arts Council.

This series of drawings is titled "GLACIAL RIVER TRAILS" and her artistic vision of the series is described by Tokheim as such:
"In early January of 2015 I was restless with a brown landscape and snowless blizzards, longing to ski in fresh snow and cold air. Six inches of snow arrived and I headed for nearby Lac qui Parle State Park. That day I began a series of drawings about my ski trail, focusing on tracks of animals and cars with rapt attention. The patterns in snow and ice had fascinating information for me.

The silence of the park encouraged contemplation of geologic forces. They appear as elements that map layers to include my present day experience with snow cover. Winter ended early, but I
was not ready to leave this way of approaching a blank page. Looking for science images, diagrams, photos and occasionally text is a foundation of my process and Minnesota River Valley formation flows through all of this work. I included some of these sources as part of this exhibit to give the viewer context for the drawings."

Lucy has also exhibited her paintings and drawings at William Whipple Gallery at SMSU; Vesterheim Museum (1997); "Essential Art" at Paramount Gallery, St. Cloud (2007); WARM Juried Exhibition, Minneapolis (2010); "In the Field, Artists from Greater Minnesota" at Kaddatz Gallery, Fergus Falls; MCAD, Minneapolis; and Hutchinson Center for the Arts (2016). As the 2010 Arts Meander poster artist Lucy received permission from Robert Bly to use his poem "Driving toward the Lac qui Parle River" from Silence in the Snowy Fields along with her drawing of the Milan Bridge in a small booklet printed by A to Z Letter Press.

Lucy received a SMAC Arts Legacy Grant in 2011 to complete a series of 20 paintings: "Bookface, Portraits of People Reading Books" which was exhibited in public libraries throughout the region. With a subsequent SMAC Grant in 2016, Lucy created "Materials at Hand, At the Green Edge of Scandinavian Folk". This online retrospective exhibit of her folk art work can be seen at lucy-tokheim.squarespace.com
Mark your calendar to visit with Lucy and see her work at an Artist Reception from 5-7pm on Thursday, November 9. Stay to listen to the string music of brothers, John & David Rabaey who have received Art Study Opportunity for Youth grants.