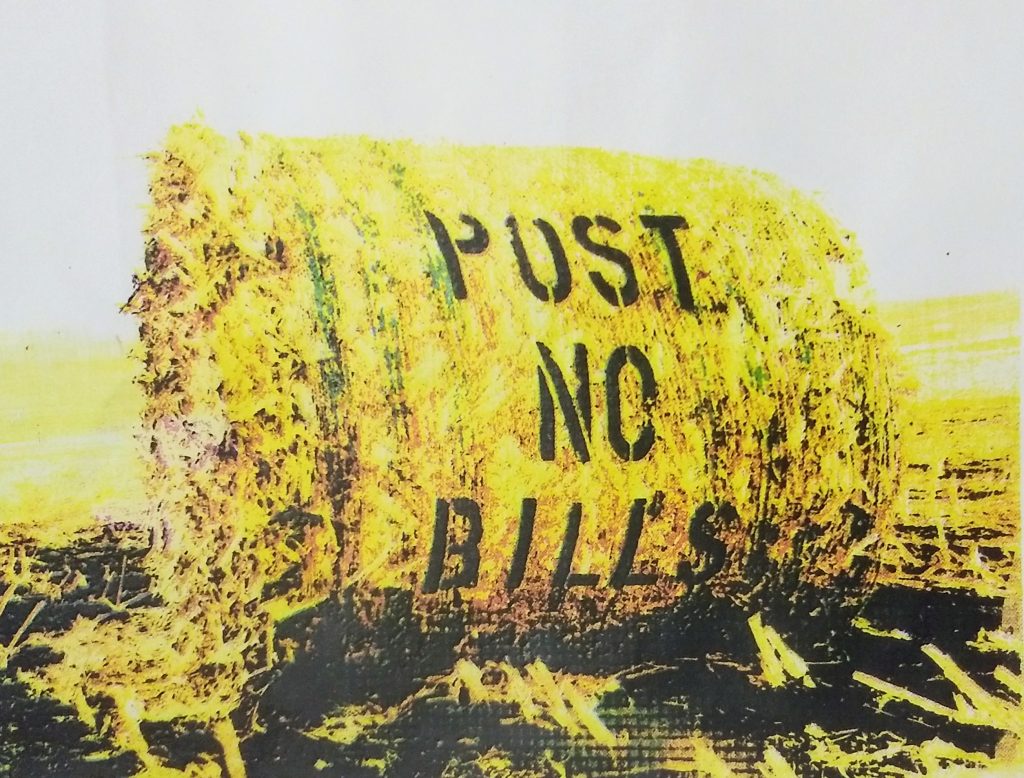 *Artist Reception: Join us on Thursday, July 12, 2018 from 5-7 pm, meet David and view his screen printing art — then stick around to listen to the music of David and his brother-in-law, Oak Kelsey.

"Push it Along: The Screenprints of DAVID KELSEYBASSETT" will be shown at the SMAC Gallery from July 12 - August 31, 2018. The public is invited to attend the exhibit reception on Thursday, July 12 from 5 - 7 PM. Special music will be provided by David KelseyBassett and Oak Kelsey during the reception from 5:30 - 6:30pm. There will be also be opportunities for "Screening Eagle" tours.

As a kid growing up in the 1980s, David KelseyBassett had an insatiable love of hip-hop and New York City. He moved to NYC in 2008, but he and his wife returned to Southwest Minnesota the following year to start a family of their own.

Still, that New York experience influences his art. In 2010 he wrote a pocket guide to New York City record stores. The inspiration for his water towers prints came from New York City, where massive skyscrapers often have water towers resting on their rooftops. His descriptions of rural life quite often have distress marks that give the work a graffiti-like quality.

David has received two SMAC Emerging Artist grants, both related to screen printing. During the summer, he enjoys having screen printing parties inside his vintage camper turned mobile studio called the Screening Eagle.

The Screening Eagle is a mobile screen printing studio that was made possible by a SMAC Individual Artist grant for developing artists,
which David received before becoming a SMAC board member. The Screening Eagle started with the frame of a 1959 Shasta Camper trailer before being converted by David for the mobile studio. The Screening Eagle was premiered at a series of events for David's first gallery exhibition at Marshall Area Fine Arts Council in 2017. For his show, David worked with his brother in law, Oak Kelsey, to make original screen prints, some of which they printed on T-shirts at public events. The mobile screen printing studio has since made other stops at events and will continue to do so. Come tour it for yourself at David's reception on July 12th!
KelseyBassett describes this exhibit in his own words:
"I push my art on to other people because art helps build community and fellowship. I like bringing disparate elements together. I push them together in my art. For example, I'll write a song about small town life, only to perform it in a hip-hop style in front of a rural community art crowd. I'll combine imagery from a New York City subway entrance with a hay bale from the North side of Currie, Minnesota. Those are my efforts to achieve harmony with the incongruous. I'll pluck water towers out from their small town landscapes and push them together on a screen printed page, alluding to community building. We build community as we push the squeegee, so let's push it along."